Abnormal mushroom is a relatively common physiological disease in the production of Pleurotus ostreatus, which seriously affects the yield and quality of Pleurotus ostreatus and even completely loses the value of commodities. This disease is mainly caused by improper management, and a few are caused by strain degradation, mutation, and virus infection.

The main types of malformed mushrooms are:

2. The appearance of tumor cap mushroom cap, mainly the edge of a number of granular protrusions, light color, mushroom cap stiffness, growth retardation, severe mushroom cover differentiation is poor, irregular shape, because the mushroom body development temperature is too low, continued A longer period of time results in the imbalance of cell growth in the inner and outer layers. Control methods: Adjust the mushroom house temperature above the minimum temperature of Pleurotus ostreatus growth, and there is a certain temperature difference, promote mushroom growth, development, differentiation.

3. Cauliflower Mushroom image Cauliflower, multi-branched, early egg-shaped primordium, swelling, uplift, no differentiation. There are more branches in the later period. The reason is that the mushroom bed or mushroom house is sprayed with a high concentration of pesticides before the mushrooming or during the mushrooming period, especially the â€œdichlorvosâ€, and the juvenile mushroom is extremely sensitive to the disease most easily. It may also be that the mushroom house contains other harmful gases such as excessively high carbon dioxide concentration and sulfur dioxide released from coal combustion. Control methods: mushroom pesticides with caution, concentration can not be too high when used. In particular, the use of dichlorvos is absolutely not allowed during the fruiting period, and ventilation, air ventilation, and harmful gases are eliminated.

4. Atrophy mushroom body is normal at the beginning, and it is yellowish, edematous, or shrinking during the swelling period, and it stops growing and finally becomes soft and rot. The cause of edema is that the humidity is too large or there is more water directly sprayed on the young mushroom body, making the mushroom tissue absorb water, affecting the respiration and metabolism and stopping the growth and death. Shrinkage is due to the relative humidity of the air is relatively small, ventilation is too strong, the wind blows directly on the mushroom body, so that the mushroom loses water and die. Or the nutrient of the culture medium is imbalanced, after forming a large number of primordia, some of them grow rapidly, and the rest are stagnated due to insufficient nutrition supply. Control measures: Control the humidity between 80 and 85%, do not spray water on the young mushroom body, do not let the wind blow directly on the mushroom body. Reasonable ratio culture ingredients. A small number of shriveled mushrooms are due to degradation of the strains. The symptoms are that the caps have not yet grown large enough to rewind, yellow, and shrink. Control methods: use good varieties. 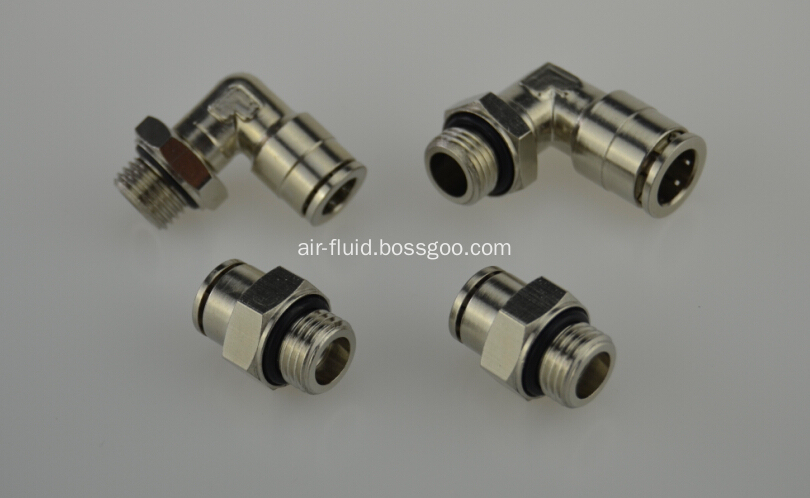 BSPP Thread Introductions : The British Standard Pipe Parallel (BSPP Threads )have the same diameter from end to end ,A parallel thread typically seals with use of an o-ring or Back Washer to seal the fittings ,no use of Anaerobe. The sealing ring (O-ring) can be easily replaced if it is damaged or hard-worn with time. Connection and disconnection of the tube can be repeated and can be performed using one hand , no other tools required .